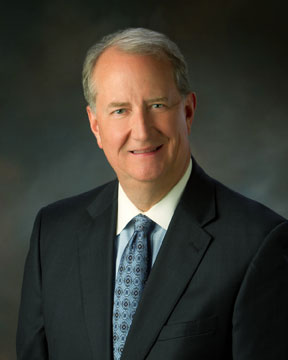 Mac has nearly 40 years of experience in the financial industry and is one of the founders of River Birch Wealth Management LLC.

Mac originally partnered with Robyn walker in 2018, co-founding Miller Walker & Associates, which was an expansion of his first practice, Miller Capital Management, established in 2000.

Before founding his own practices, Mac worked for Crestar Securities, and Interstate, Johnson, and Lane.

Mac is a graduate of Belmont University, and currently holds his Series 63, 65, 31, 7, and 24. He is both a registered representative and a registered principal with LPL Financial. He also holds Life, Health, and Annuities licenses.

Mac earned the AIF® Designation from the Center for Fiduciary Studies in 2014. The AIF Designation certifies that he has specialized knowledge of fiduciary standards of care and their application to the investment management process.

Mac loves working on and around his farm where he and his wife enjoy hosting ministry events. Mac was the co-founder of Spirit-FM and currently sits on the boards of the non-profit ministries of My Father’s House International, Blue Ridge Fellows, and Vision Communications. Mac volunteers as a lay teacher at their local community church in Giles. In his spare time, Mac enjoys ATVing, watching collegiate football, and envisioning and planning his next adventures…especially those that involve the precious grandchildren who have captured his heart.